The Top 3 Reasons Why Relationships Fail

Let’s Look at The Top 3 Reasons Why Relationships Fail

Hey there, everyone and welcome to another awesome edition of my podcast. Now, I talk a lot to businesspeople on this podcast because that’s really who this is made for is entrepreneurs.

Reason 1 – People go into the Relationship Expecting to get Something

So, what is the number one reason that relationships fail above and beyond anything else? That is that people go into the relationship expecting to get something. Now, you’re gonna listen to that and go, “Well, why else would I go into a relationship?”

So if you think somehow inside you’re broken – which, by the way, let me tell you that’s a bunch of garbage – no one is broken.

I have a beautiful relationship with my wife. We love each other to death. We’re always there for each other and what I can tell you is this: neither of us went into this relationship because we were trying to get something. We both felt like we were enough, we both loved ourselves, and we’re in this relationship now, and we spend most of our time arguing about how we can give more to each other.

Now, we have our arguments like any other couple but typically that’s the way that we’re getting into little arguments is about the fact that I’m trying to give to her while she’s trying to give to me and we dispute who’s going to get to give more, right? And that’s what makes for a beautiful relationship. But to have that, you must first understand that you’re enough, you must first love yourself, and then you go into that relationship to give. 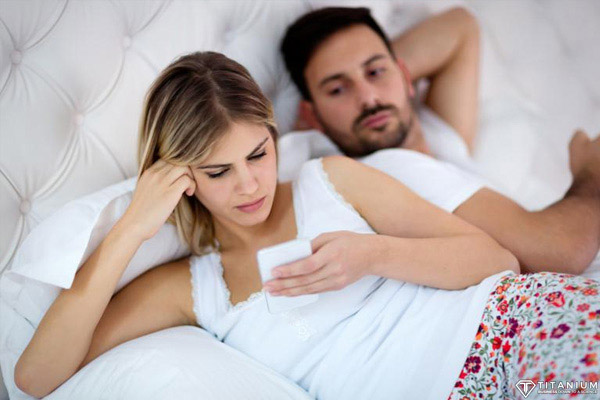 Reason 2 – Either One or Both People Aren’t Being Present

So, let’s move on to the second biggest reason why relationships fail, and that is especially for men. But these days, it’s for men, it’s for women, it’s for everyone.

The second biggest reason why relationships fail is not being present. What that means – I’m not talking about not physically being in the room. In some cases, that is the problem. But I can tell you in most cases the problem is not that you are not there enough, especially for you busy entrepreneurs out there, the busy business owners. It’s not that you are not spending enough time in the room with your significant other. Most of the time is that you are there, but you are just not physically present for them.

So one of the big things that I teach is I teach people to be present. Wherever you’re at, be there. What that means is if you’re standing there and you’re with someone you love, be there for them.

Now, if you have emails or text messages to do, sometimes it’s absolutely unavoidable. But in most cases, maybe what you do is you spend less time with that person, but while you’re there, you give them you’re all.

Let me tell you, if I were to record you the last time you were with your significant other, or you were with your kids and I recorded how present you were in that moment, you would see that most people are spending 80 percent of their time or more not being present where they’re at. It’s critical that wherever you’re at, you are there. Be there, right then, right there.

One of the things that I’ve taught and I teach it all the time to people is grab your phone when you’re with your significant other. Hold the power button, turn it off right in front of them, and right as it’s turning off, look at them in the eyes and say, “You know, the only person in the world I need to talk to is right here with me.”

And the first time I said that to my wife, it brought tears to her eyes and to this day I tell it to her every time we have a date night, or we’re out. I can turn my phone off, which is about 70 to 80 percent of the time. I do it, and it doesn’t bring tears to her eyes anymore, but let me tell you, it brings a smile to her face, and it lets her know that she’s the most important person to me in my life at that very moment.

The second biggest reason why relationships fail is not being present, so don’t fall into that trap. Make sure you’re present, especially for the busy entrepreneurs, for you busy business owners out there, I know you’re working ridiculously long hours. I understand that – trust me, I’m right there with you.

But when you are with your significant other, I want you to be there for them 100 percent. Be present, make eye contact, focus on what they’re saying, listen to what they’re saying. Have a conversation with them. Be there for them. That, my friend, will stop you from making the second biggest mistake and the second biggest reason why relationships fail.

Reason 3 – Failure to Focus on Growing the Relationship

Finally, let’s get to the third reason why relationships fail, and that is failing to focus on growing and evolving the relationship.

What that means is this. Look, if something is not growing, it is dying. Human beings do not have a mode where we can stand still. Everything in this universe is either growing, or it’s dying.

So if you think that your relationship – and this typically happens after many, in your marriage where it reaches a plateau, and it just stays there, and you feel like you’ve gotten to a good place and you just keep it there – let me tell you, that’s what you think is happening. In reality and in actuality, your marriage is dying, and you just don’t know it yet because it’s dying a little bit every single day and it’s dying slowly.

So consistently, every day, every week, month, year, you must be focused on pushing your marriage forward, growing and evolving the relationship so that it grows, it gets better, and it gets different in some ways.

Because as we grow, as we age, things change. Our needs change. Certainly, the needs of your partner change. So what you want to do is you want to make sure that you’re consistently focused on how you can grow the relationship. Now, it doesn’t mean that you obsess over it and every day you’re like, “Oh my gosh, today we have to do something new.” No, it’s not that.

So don’t make the mistake of thinking that something that just is beautiful and it plateaus, it’s actually going to stay there.

If you just ask those simple questions – and a lot of times they’re going to say, “Nothing. You’re perfect just as you are.” It’s amazing because when you don’t ask that, they have a thousand requests for you.

But the moment you show someone just how much you care, when you’re present for them 100 percent, and you look in their eyes and you say, “Hey, by the way, what’s something I could do that would make our relationship even better,” or ask a question I asked my wife a couple of years ago. I said, “Hey, you know, we have a great relationship. We have a great life. What’s one thing that could make your life even better?”

And you know what she said? It was the weirdest thing, and for the guys out there, you’re probably going to say, “Yeah, you agree.” Women, you might say, “Wow! Yeah, I would love some of that!” She was like, “You know, I wish I had more ‘me’ time,” and I was like, “What’s this ‘me’ time thing? Like, I don’t need ‘me’ time.

Everything is ‘me’ time. I don’t know what this ‘me’ time is.” And she was like, “You know, it’d be so nice to just have a little bit of time for just me. If I want to just like take a bubble bath if I just want to like to lock myself up in the room and do whatever I want.” And I was like, “Okay, I listened to that,” and for six to eight months, I did nothing about it, right? Because I didn’t know what to do.

And then finally it hit me one day, and I started this thing where one day a week we have this night that is Mommy’s Night, and after work, she goes, and she does whatever she wants to do. What I did is I conveniently turned this also into an opportunity for me to spend time with the kids, right?

So I took this day, and I also called it Daddy Day for the kids, so now the kids, instead of being like, “Oh my gosh, this is the day Mommy takes a day off from us, and it’s a bad thing,” are you kidding me? It’s turned into like one of their favorite things: it’s Daddy Day. So even though it’s truly Mommy Day, where Mommy gets to do whatever she wants, for me and the kids, it’s become Daddy Day.

It’s the day I get to be with my kids, and Mommy doesn’t get in my way. You know, and for the kids, it’s the day they get to be with Daddy and, you know, Daddy gets to buy them pizza and ice cream or whatever else it is that we do. We go to the park, we have fun together, and they love it.

So let’s do a quick review: top three reasons why relationships fail.

Reason number one is people going into relationships to get something, instead of giving something.

And reason number three why relationships fail: not focusing on growing and evolving the relationship on a consistent basis. 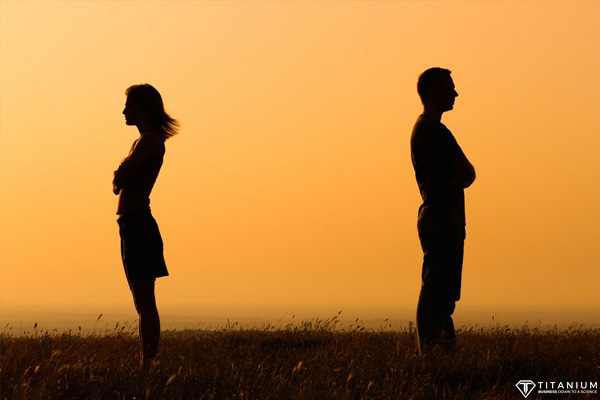 A Quick Review of The 3 Main Reasons Why Relationships Fail

Hey people, get out there. Look, I know many of you are entrepreneurs, business people, busy all day, every day – I know. But listen, your relationships are incredibly, incredibly important.

And by the way, if you’re out there and you’re young and you’re not in a relationship yet, these lessons are extremely valuable for you as well, because these same lessons, while they apply to husbands and wives and boyfriends and girlfriends, they also apply to every other relationship you have in your life, especially at a young age.

Being present for people applies in every area of life, going into things with the idea of wanting to give instead of wanting to get, and constantly focusing on growing and evolving as an individual is a critical, critical component of growing in life and becoming even better.

So get out there, kick some butt with this stuff. I love you guys. By the way, don’t forget to subscribe to this podcast. If you’re just listening to this thing, click the little subscribe button and subscribe to it. So when I have a new podcast come out, it gets beamed directly to your phone, all right? Hey, love you guys. Get out there and always lead with your heart. 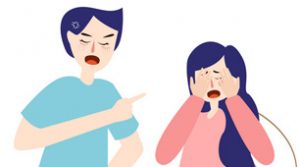 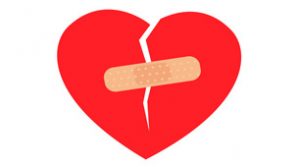 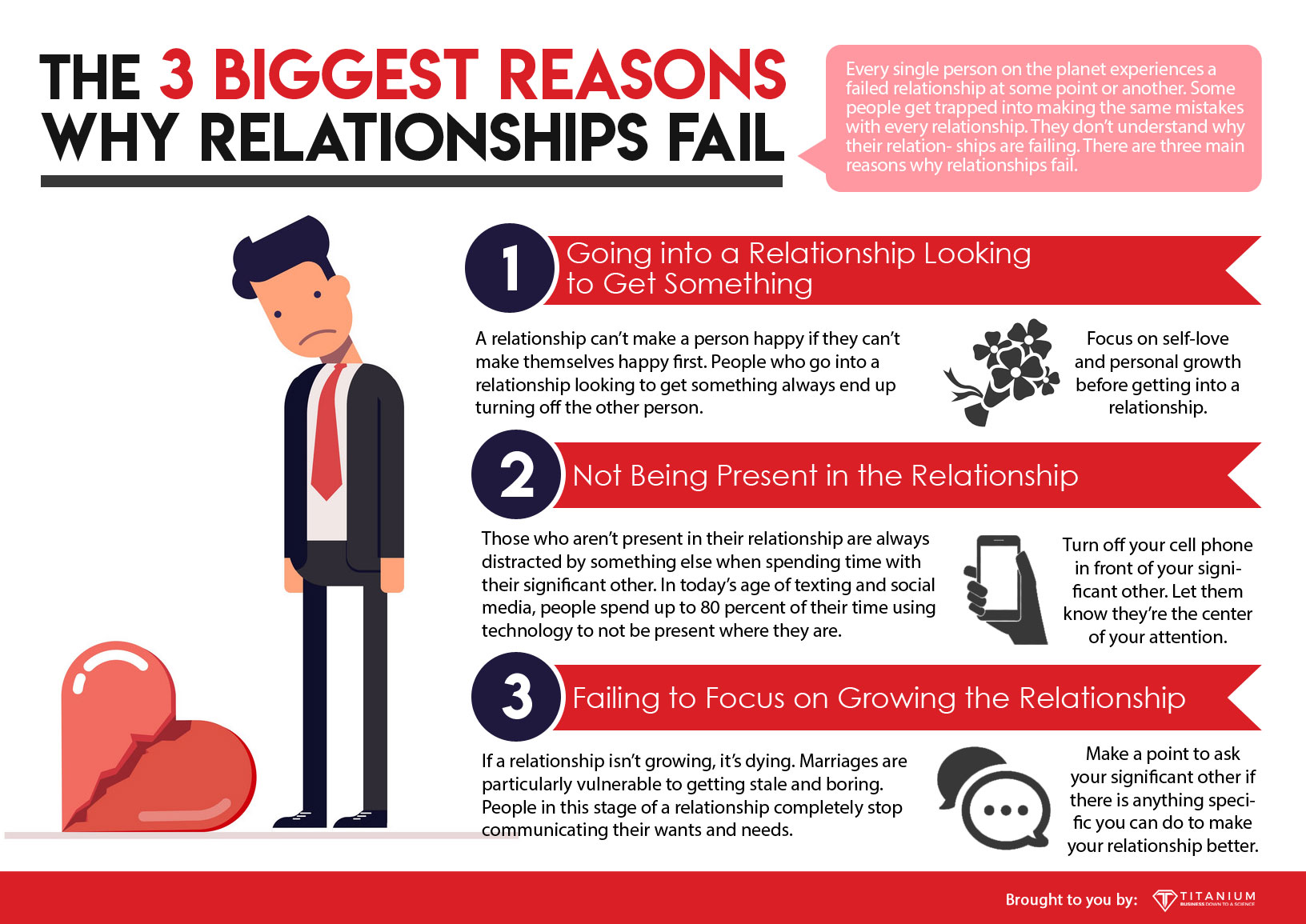