Home»Podcasts»How to Forgive and Forget

How to Forgive and Forget

Do You Know How to Forgive and Forget?

Hey there everybody, I hope you’re having an incredibly beautiful day. Welcome to my podcast. Today I’ve got a really cool topic I want to talk to you about.

It’s the topic that I think has been one of my secrets to happiness in my life and it’s this concept we call forgiveness. See most of us as we’re going through life in business, in relationships, in whatever we do, they’re always going to be people in our lives and things that are going to seem unfair.

How Do You React When Someone Hurts You?

The question though, is what would you do when you are in a situation where someone hurt you? How do you let that affect you and how does that instance of someone hurting you affect you as you move forward? See most of us when someone hurts us we want to get even with them.

In business, if there’s a company that takes advantage of your company and you feel like they’re doing this on a regular basis and they’re going to take advantage of another company, it’s your responsibility to make sure that act doesn’t happen.

But at the same time, I want to teach you about the concept of forgiveness. You see, in life we have to learn to forgive people because when you don’t forgive people, let me tell you what happens, inside of your body there’s a lot more going on than meets the eyes. 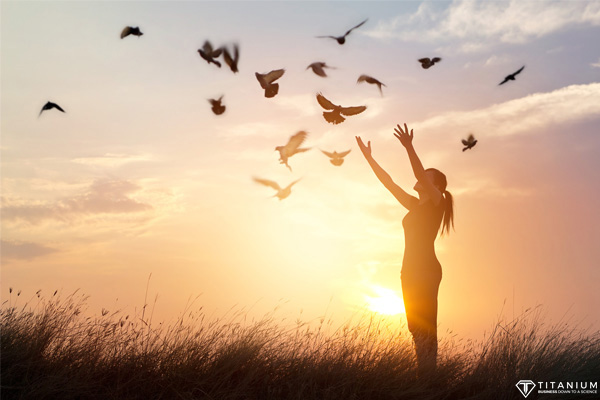 The Biology of Forgiveness

There are all these chemicals that your body is releasing, your brain is literally releasing all sorts of hormones and chemicals and things like that on a regular basis.

It’s scientifically proven that when you smile, for example, your brain releases various chemicals, and I’m not going to sit here and name you all this stuff like serotonin and this and that.

I don’t care about the details of it, what I want you to understand is that your brain releases chemicals that do a variety of things based on the feelings that you have or the physical things that you do on the outside of your body.

So I’m going to call them for simple terms, we’ll call them happy stuff, sad stuff, poisonous stuff, that is usually the way I like to, the terms I like to use because they make things easier for me and I’m sure that makes things easier for you to instead of naming all the fancy chemicals, but there are fancy names behind all of these chemicals.

And if you look at some of the blog articles and things like that I have on my website where I talk about these specifically, you’ll see some of those details there. For now, let’s just stick to the basics.

Now when you’re sick do you smile a lot? No. Doesn’t it seem like backward, doesn’t it seem that maybe God got it all wrong and God made our bodies where when we smile, and we’re happy our immune system gets stronger? But in reality, when do you need a strong immune system?

But one of the main reasons is stress and unhappiness, so if you’re unhappy, the herpes virus understands that, and it will attack your body. And over 50% of the population of the world is infected with the version of the virus that gives those little sores on your lips. So most people have it, but most people don’t walk around with a cold sore, why? Well because your immune system is to be able to fight the virus but what happens when you’re unhappy, or you’re sad?

What happens when someone has hurt you, and you’re not willing to forgive them? Carrying around that sadness with you, carrying around that hurt in you, you have that feeling inside of you where you want to get back at somebody. See that is literally destroying your immune system, because it releases chemicals.

Those thoughts and those feelings release chemicals within your body that do just the opposite of the chemicals that are released by smiling. Now some of the people out there listening to this, are taking medication for example for antidepressants and things like that.

I’m not telling you whether you should take your medication or not, that’s none of my business. You go to your doctor for that but what I want you to understand is you can get that stuff for free. You can get it for free without a prescription, without a doctor’s appointment, without putting a pill inside your body but just practicing things that make you happy.

Why Forgive Someone Who Has Hurt You?

So of the hundred milligrams, you can get 15 to 20 of it but naturally just by forgiving someone. Or what if you just smiled, every morning will you smile for 2 minutes for no reason whatsoever and you made it a habit to smile 4 or 5 times a day, how would that affect things? Imagine that!

Imagine if you just smile, you get these chemicals release that you’re going out and you’re getting a hundred milligrams in a pill and now guess what you can get another 10 mg. of it just by smiling more often.

I mean in my world, I believe God is the only one who has the right to judge us so I’m going to leave the judging up to God and I’m going to decide that in my life when people hurt me, I’m just going to move on.

I’m going to other things and I let God and the authorities and whoever else is in charge, I’ll let them do the judging because I wasn’t put on this earth to judge people. And I don’t want to judge people. So someone hurts me, I forgive them. Isn’t that the best way to be? Isn’t that an easier way to be?

Now if you’re a judge and that’s all you do every day as you judge things. Well hey, when you go to work you can judge all you want but when you leave work, what are you doing judging people? It’s not your damn business to be judging people, right? Leave the judging to judges, referees on the basketball court and to God.

Let’s let them be the one to judge people because, why do you want to take it on for yourself? When we have that animosity towards someone, when we hold that anger towards someone or when we are not willing to forgive someone because they did something to us, all that does is, it releases poisons inside of our body because just the opposite of those happy chemicals is true, right?

Literally, I want you to understand that when you are doing things that are holding something negative inside of you, your body literally releases chemicals that are designed to kill you. See this is what you have to understand. 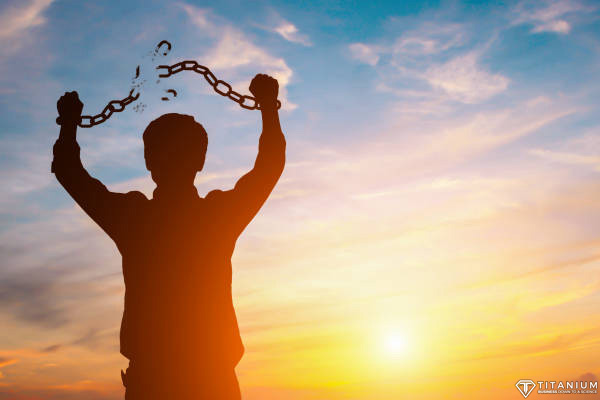 When I teach things, I teach things from a very scientific perspective. I like to make things simple to understand. I like to explain things in ways that everybody can understand and that’s what I’m doing here but please don’t make sure you don’t assume that this stuff is not science, it’s pure absolute 100% science that they’re teaching in the best universities in the world right now as we speak.

I want you to understand that your body is designed in such a way that when you are no longer a good part of society, you are genetically designed to kill yourself off. So basically human beings have a self destruct button.

So don’t miss that next episode that comes out in just a couple of days from now. I’m not going to get in to the self-destruct button now.

Then that will be very eye-opening for you and by the way not forgiving people is one of the many ways that you can trigger that self destruct button. And so many of us have triggered this thing or in the process of triggering this thing where we keep telling our bodies, we’re no longer fit to be alive. So let’s break that habit, let’s break that pattern.

If there’s someone who’s hurt you, why do you want to let them continue to hurt you? Haven’t they already done enough damage to you? Whether it was emotional or physical, wouldn’t it be nice to let them go on and you don’t hold that grudge against them anymore?

An Example of Forgiveness From My Own Life

Not because you want to be good to them but because of you, why would you allow them to continue to hurt you? As many of you know, I went through a very painful episode about 2 years ago that I’m still going through as we speak. As I’m sitting here and talking to you right now on this podcast, parts of my face hurt very much.

I get migraines on a regular basis, I have numbness all across my face and there are all kinds of other things that are coming out of this thing but the thing is if I just sit here and I hold anger towards the person who did this to me, how does that help me?

All I need you to do is focus on a fact that when you forgive you’re setting yourself free. When you forgive, you’re allowing yourself to be in a better place and you’re stopping the body for releasing all this horrible chemicals inside of you which are literally designed to make you depressed, make you slow, make you sleep much less restfully. All of these chemicals are designed to kill you off literally.

So let’s stop those chemicals from being released and replaced them with happy chemicals. Forgiveness is one of the most beautiful things that you can bring into your life and so bring forgiveness into your life. And remember one of the secrets I believe to being happy is forgiving the people who’ve hurt you.

Someone just cut you off on a freeway; forgive them now. There’s no reason. So many good reasons to forgive the people who’ve hurt you, and I know they’ve done some terrible things to you. I understand that trust me, I’ve been on the receiving end of that and I want you to know that forgiving people is by far the best gift that you can give yourself.

Join me for the next episode where I’m going to talk to you about the self-destruct button on human beings that literally is ingrained in us and it’s built into us and it’s designed to kill you off when genetics and evolution feel like you’re no longer a fit part of society.

It’s an incredibly important lesson to learn and its forgiveness this thing is a part of it but there’s so much more to it. So join me as I bring this topic up to you and introduce them in a way that’s going to talk to you about health, fitness, business, relationships, brings all of that together. This concept of the self-destruct button. I love you all. Get out there today and more important than ever before on a day like this where I talked to you about forgiveness. Go out there and lead with your heart. 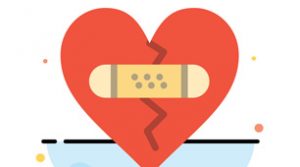 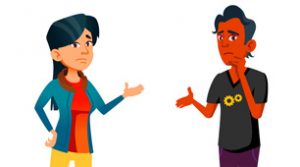