What is the Caveman Theory?

The reality is our genetics have not changed since the caveman days and today I’m going to be talking to you about why that is so incredibly important, and if you understand this, it’ll help you understand relationships, fitness, nutrition, business, personal relationships, and all that stuff way better than you do now.

Here’s what I want to make sure you understand. Number one, regardless of your beliefs about evolution or whatever you want to think about, the science here is factual and the things I’m presenting to you, it doesn’t matter whether you believe in evolution or not. 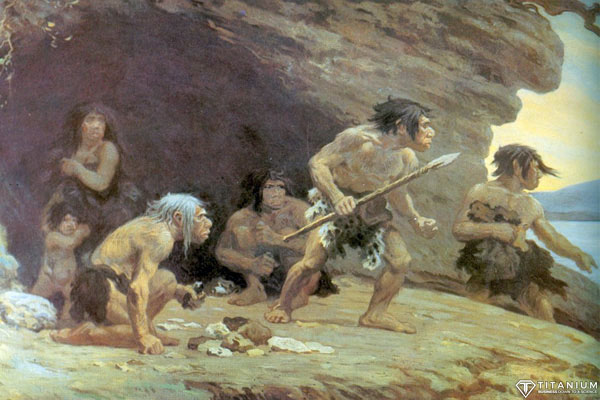 Humans as we Know Them Have Been Around for 200,000 Years

However, if I were to go back 198,000 years, and I would go back and get a human being – a little infant – bring it back and put it with a family here today in the United States and have that family raise this child, this child would grow up to be no different than any other human being.

So what I want you to understand is in these 200,000 years, there’s a lot that has changed in the world that our genetics have not changed and most of those changes have happened very, very recently. If you think about it, 10,000 years ago, human beings were about the same as they were 200,000 years ago. We were living in caves and in villages, right?

We were going from one place to the next as we used up the resources in one area. We would pack up and move and go to a new area. We would go to there, and typically, it’d be places where there were these riverbeds. We would be near rivers where we could get water; we’d have food and animals and all that stuff. We tap into all of the resources, and when the resources ran out, we’d go somewhere else.

And you see somewhere around 10,000 years ago; agriculture was born. What agriculture did is it allowed us to stop being nomads. Now, we could stay in one place.

Why? Because we learned that let’s say if you have some cows, instead of killing the cows and eating them, what you could do is you could keep these cows and then use their milk so that you could get food that way. And if you kept these cows long enough, then they could have babies, and those babies could grow. Then you could eventually eat them or the babies or whatever it is.

We found out that when it comes to plants, instead of eating all the vegetables and all the fruit, we could plant some of them and eventually they would give things back to us.

Suddenly, agriculture was born. When you look at human evolution, you see that this agriculture thing was what caused the human population on the planet to absolutely boom. You see, what happened to us is that suddenly we were able to stay in one place. We could be safe, we could be secure, and we could get as much food as we wanted because we could grow our own food, and suddenly everything changed, and human beings essentially took over the planet. This is only about 10,000 years ago.

So about 8,000 years ago is when we stopped being in caves and we started to sort of be in villages and things kind of like we live today. Now, we call them different names today, but really essentially it’s the same thing. And something that is really incredible is you realize processed food is only about 100 years old. So here we have processed food only around for 100 years. The concept of living in cities and villages, things like that, only about 8,000 years old. Yet our genetics have not changed for 200,000 years.

How to be Healthy and Fit

Now, why is all of this important? Why it’s important is the fact that I want you to understand is internally, our brain, our body, and everything that makes us run is no different today than it was when we were cavemen.

Applying the Caveman Theory to Fitness

So, what you’ve got to understand this caveman theory because it allows you to see how your body works. Now one example of this is the way that our bodies work during fitness. So for example, what people do is they go to the gym, and they sit there, and they do the bike or the treadmill for two hours. Now, you have to look at life as a caveman and understand what signal does that send your brain as a caveman?

When would a caveman have walked slowly or been somewhere where they were getting a slow, steady kind of cardiovascular exercise for an extended period of time? Well, the time it would happen is when a caveman was stuck in the desert somewhere and had to go for hours and hours walking. Well, what should your body do? Think about it. For a caveman to survive, what would the internal mechanisms of the body have to do?

Now, is this a stressful situation? Yes, of course, it is. If you’re in the desert and you’re trying to get out, it’s stressful. So guess what? Your stress hormones increase. And today we see the same exact thing. People go get on a treadmill to try to lose weight, but it doesn’t work. Why? Because your body’s programmed to see that as, “Oh my gosh! We’re starving to death in the middle of the desert,” and guess what it does? It slows down your metabolism. Now, there are some advantages to walking and things like that.

Or, for example, if he made a hunt, he would have to carry a large animal, so that’s lifting heavy weights. Or even with fruits, even if someone was gathering. When you’ve got a fruit basket or something that you’re carrying fruit in, these baskets were heavy, so they’re carrying around heavy things. What we do today is we forget about all that stuff. We forget about our roots as cavemen, and then we try to use these bodies of ours as if that history doesn’t exist. But our body is designed for that time. 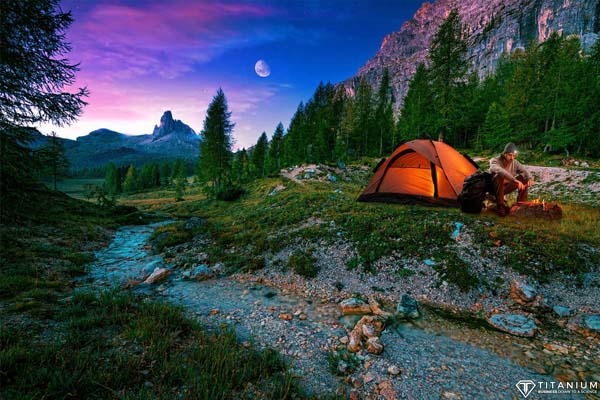 How the Caveman Theory Explains How We Feel About Change

Now, let me tell you how this relates to business and life and other ways. As a caveman, think about it. Why is it that so many of us resist change? What is it that your employees freak out anytime you try to change something and why is it that people generally resist change?

Well, there’s another one who, when he notices change, he doesn’t really care much. Let’s see which one would last longer because that’s how the theory works. 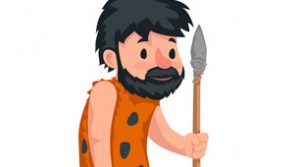 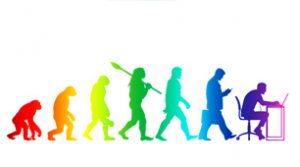