The Four Reasons Every Leader Should Master Social Media 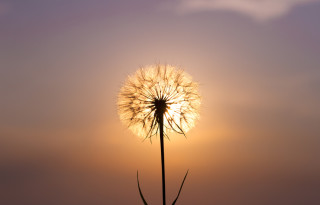 The roots of social media go back much further than most people remember. In the early 1990s, I was active on social media as a member of Prodigy and the various forums that were available. Even before then, I utilized “social media” as part of bulletin boards that you could dial into using a 1200 baud modem. But of course when we talk about social media today, we are referring about the revolution that started with sites like Myspace and has now spread to Facebook, Twitter, Instagram, Pinterest, LinkedIn, and many other sites like them.
Like any technology, it is typically the younger crowds that are the first to embrace them. Eventually, the older demographic and business groups join in and social media has clearly reached that point. Today, social media is everywhere. I believe that as a leader, you must embrace social media or you cannot be at your best. There are four simple reasons you must master social media as a leader.

Reason #1: Social media allows you to expand your reach.

Social media allows any individual, especially you as a leader, to expand your reach by letting people all around the world hear your voice as long as you have something interesting to say. While no one has to actually listen to you on social media, people choose who they do and do not want to communicate with, who they do and do not want showing up on their feed, and who they do or not communicate with. If you are truly a leader and have something worthy to share, then people will want to listen.

Social media allows you to communicate quickly with a large group of people using various groups, boards, and pages. Today as a leader, you must be able to communicate effectively and efficiently with large groups of people and social media is one of the best ways in which you can do this. With a single post, you can reach hundreds, thousands or even millions of people. There is no other form of communication that allows you to have the same reach today.

Reason #3: Social media help you get to know people.

Social media is one of the best ways of getting to know the people you are leading, because there is an abundance of information about everyone, including birthdays, anniversaries, and all kinds of data about every individual that they are willing to share with you and the world. Therefore, you can quickly learn more about an individual by looking at their Facebook page and their tweets than you can sometimes after years of knowing people.

Reason #4: Social media is where the people you lead hang out.

For the four reasons above and about 40 more reasons that I will not get into here, social media is a must-have for anyone who is a leader. Embrace social media and use it to communicate and to lead more effectively. You will not regret it.