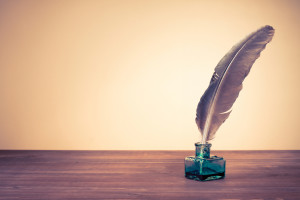 quality transcription services are crucial to make your podcasts accessible to all. This article explains some of the benefits of a good transcription.

By Jennifer A. Peterson

In light of the controversy between the recordings made by the Center for Medical Progress of Planned Parenthood officials, employees, and business partners, there is the question of whether the quality of the transcripts are admissible in a court of law or even in the court of public opinion. Do they pass muster? Below I will outline why having quality transcription services benefits your message and credibility.

Reason #1:  The accuracy of a recording sets the stage for winning supporters.

No matter where you personally stand on an issue, the accuracy of proposed evidence must be airtight. In civil and criminal cases, depositions are taken of the parties, witnesses, and anyone else involved. Part of achieving accuracy starts with quality of the recording. Are the persons speaking clearly identifiable and is there a lack of grainy audio?  While this first aspect is within the recorder’s control, they do not have too much of a say in how well a person speaks. In most cases, the deponent is in a controlled environment and prompted by counsel to speak clearly and loud enough for the microphone to register their responses. Once processed by an in-house or outsourced transcription vendor, the transcript is later entered as evidence and referenced by either party during court proceedings.

However, in the case of an undercover recording or audio recorded in an open, noisy, or unpredictable environment, subpar audio quality is common. Muffled responses may be difficult to interpret. If several people are talking over each other, it becomes even trickier. If you can find a transcriber who can correctly parse out what people have muttered or shouted, you have struck gold.

Reason #2:  Ensure your transcriber is familiar with the topic and wants to achieve.

I cannot tell you how important it is to hire someone knowledgeable about your topic and familiar with specific regional dialects. Yes, it is tempting to outsource material to the lowest bidder and hope for the best. That doesn’t cut it, especially if you want accuracy. I recently had a recording that mentioned the L.A. Lakers and the person testing typed it up as “the lacquers.”  This brings up another point, which is to have tryouts for the job. As in other sectors of business and industry, drive and hunger for this line of work is widely unequal. Don’t let your hard work go down the tubes because someone wasn’t on their game or even qualified to play.

Reason #3:  Know exactly what you want from your transcription service.

Do you require strict verbatim, intelligent verbatim, or summary transcription? There is a difference, especially if you want to make a point or later use the content for publication. Yes, it is tedious typing every um and ah. Additionally, most speakers use filler words more often than they imagine. Nevertheless, if a transcriptionist leaves out entire phrases or sentences, it is sheer negligence — unless you have instructed them otherwise.

In the matter of the undercover recording transcripts, supporters of Planned Parenthood see this as a technicality to exploit. You have probably heard of how suspects go free because they weren’t read their Miranda rights. This is the same situation with poor transcripts.

Reason #4:  Hire people who believe in your work, but be mindful of overenthusiasm.

How much easier do you imagine producing content could be if you had someone not only working for you, but also cheering you on? The sky is the limit with this type of collaboration! Consider the outcome if you had a transcription vendor who took advantage of the audio content and used their work as a way of passively learning or even enriching their life because of it. This employee or vendor is someone who wears a content little smile while they type for a few minutes or several hours.

There is one caveat to having someone who supports your work to the point of blinding themselves to differing approaches: the potential for bias. We all have opinions on sometimes extremely divisive issues such as politics, personal rights, religion, and yes, even sports. I will reference current events from above once more to prove a point. If you root for one side of a cause and vilify another, it can change the way you perceive what they are saying. Have you ever had an argument with someone because extreme prejudice caused one of you to misinterpret what the other said?  Although rare, this can also happen in transcription. To prevent this from happening, have another set of eyes check the work to maintain impartiality in the transcript.

While the concept of transcription seems easy to grasp, it is not just a two-step process of listening and typing. It all starts with what you want to accomplish and take the necessary effort to capture quality audio recordings. Second, find people who know what they are doing. Taking shortcuts and the cheapest way out will inevitably waste your time. Next, be sure to know how you want your transcript produced so a worker doesn’t make wild guesses about the desired output. Finally, having a transcriber who supports your message will go the extra mile to produce top quality documentation. When you have all of these keys in place, your case will be airtight or your message will spread like wildfire.

By Jennifer A. Peterson