Create Systems in Your Business That Work When You Don’t

You Need to Create Systems in Your Business

We are now almost halfway through the 7 biggest mistakes that entrepreneurs make. And today, I have for you the 4th biggest mistake entrepreneurs make. And that is, creating systems that are too complicated for an employee to easily follow. So what I want to do is I want to talk to you about this and I’m going to give you a really solid example of this.

Every single one of you has experienced a perfect system in your everyday life – driving. It’s going to blow your mind when you see just how much room for error we have to be given as human beings in order to make sure that we do things correctly. 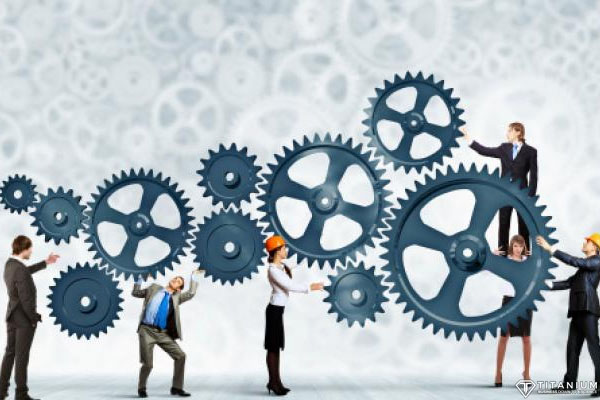 How to Build a Business System – The Titanium 70 Percent Rule

Yet when it comes to business we create these systems that are so complex or systems that are not complex enough. Then an employee makes a mistake and their mistake ends up causing these massive problems. And you wonder why you’re a slave to your business.

Let’s talk about this. Here’s the thing, I have a 70% rule for creating business systems. You have to make sure you create systems that are so good, so intricate, and so detailed that even if someone follows them only 70% as well as you would, you still get the results you’re after. And that’s the key, you have to still be able to get the result.

See that’s the critical thing. Now, they might not get the same exact results as you, but they would still be able to get good enough results. So when it comes to the sales example, let’s say you’re doing cold calling to try to book some appointments.

And your expectation is someone should be able to make 100 calls and book 10 appointments. Then your sales script better be so good that if someone only does 70% as well as you and messes up 30% of the script, they still get those 10 appointments every day.

How to Set Goals and Actually Achieve Them

If you cannot do that, it means you need to improve your script because otherwise, you will always be a slave to your business.

Because you’re going to have to make sure you’re hiring the perfect people. You’re going to have to give them perfect training and do all these other things and you’ll never get the opportunity to go off in an island somewhere and enjoy your time, enjoy your life, be with your family, be with your kids or whatever you like to do. You won’t be able to do any of that stuff because you’ll always be a slave to your business.

Now when I tell the entrepreneurs I coach this, and they really think about it, they say ‘wow, a 30% margin for error. That’s a lot.’ How do I make things so good? Well, let me give you an example of everyday life that you all experience. A typical car is about 7 ft. wide.

Another Example of  Systems in Daily Life

Now tractor-trailers, those big rigs you see on the freeway are actually bigger than that. They’re eight and a half feet wide on average. Now let’s think about this, they’re eight and a half feet wide, which means that these people are professional drivers who have been to all different driving schools and gotten all these different fancy certificates to be able to drive one of those trucks. And they drive for a living.

Technically you would expect that they should be about 100% accurate. Well, guess what, freeway lanes are not eight and a half feet wide. In fact, freeway lanes are 12 feet wide. So that means that a professional driver who drives a tractor-trailer for a living only needs to have 59% accuracy and still be able to stay in his or her lane.

That’s incredible! Because that means that you having a 7-foot car, you can even have less accuracy and still stay in your lane. Now some of you, just like me, every once in awhile veer out of your lane. How do we do that we only need to be 50% accurate at best and we still manage to get out of our lane sometimes?

But when you look at a professional driver, think about that the highway patrol in the United States at least where I live, has made these lanes so wide that even at 59% accuracy, that means they’re off by 41% and they’re still in the lane.

That my friend is how the highway patrol makes sure that cars aren’t bumping into each other. Interestingly enough it’s even more than this because as you’re veering out of your lane there isn’t always going to be a car right there.

And even if there is a car right there, that car has a margin for error too which means that your margin for error is technically much, much bigger than that. When I tell people in your business you need to make sure things are so good that even with 70% accuracy you still get the result, it blows the CEOs I advise away.

An Example of a Business System for a Restaurant

They can’t figure out how to do it. Well, that’s what you got to get so good at. So you got to create a product or service that’s so good that when done 70% as well as you, it still gets the result. For example, let’s say you’re in a restaurant and you get this incredible lasagna recipe, well guess what you better have that recipe be so good that if it’s only done 70% as well it’d still get rave reviews.

Now it doesn’t necessarily mean that the recipe has to be that good, it’s the systems. For example, let’s say part of this recipe is making this particular sauce. Well, one way of being able to make it where people can be less accurate and still get the same results is if you have the sauce, for example, made every morning by one person. So now the sauce and the making of the lasagna are two separate steps.

Now if the person who’s making the lasagna, who’s putting the sauce on there even if they make a mistake, the biggest mistake they could make out there is how much of the sauce they put on there. See they can’t mess up the taste of the sauce.

So now it means, it gives them a much bigger margin for error. In your business you’re going to have to create these systems, you’re going to have to get into the details of what needs to be done. When I have to work with my turnaround clients, the first thing I do is help them build systems. Document it so well and put the details in there, not so much detail that people lose interest and won’t read the documentation by the way. That’s a mistake as well, but you want to make sure you document the details. And you have these systems to support the person because human beings are always going to be essentially the most expensive part of most businesses.

And if you’re going out there to find these human beings to come work for you, yes, you can pay someone twice, thrice or four times as much and get the perfect people and bring them in. And maybe they can do it 90% as well as you, 90% as well as it’s supposed to be done and get the results.

And when you have a systems dependent company and then you put really great people on it and you give them really great training, imagine how good that’s going to be. What it does, it also takes some of the pressure off of your people. Because they are following a system where they know that slight errors aren’t going to cause this entire thing to fall apart.

Those slight errors aren’t going to destroy the whole company. And so they come in, they’re more relaxed. And guess what, they make even fewer mistakes and isn’t that exactly what happens to you as you’re driving down the freeway?

Because you know you all have this margin for error, most of you drive down the middle of your lane. Of course, that’s unless you’re talking on your cell phone which you shouldn’t be doing, don’t do that. So as you’re driving down the freeway, you have all this margin for error which puts you in a state of being relaxed and being comfortable and calm so you can focus on staying in the lane and end up getting even better results.

Then as soon as you do, I want you to make a list of the most critical systems within your business. And what are you going to do to be able to make the systems so good that as your employees make mistakes they’re still going to be able to get the desired results.

It could be related to sales scripts, it could be recipes, it could be systems where things are done, it could be how many different people are involved in a process so that you have multiple eyes on something so mistakes are caught by other people.

But either way, that’s your most important job. In terms of getting to that 70%, but if you can create a business where anything in your business can be done 70% as well as you and still get results, you got a business that is going to be able to grow, expand and do all of that without your day-to-day involvement.

So get out there and put this thing to use. I’m so glad you’re tuning in and listening to the biggest mistake that entrepreneurs make. I’ve only got 7 of these and now we are four down. We only have 3 to go, I know I wish I had more for you. Tune in next time.

I wanted to make sure that I keep it in a place where you guys can come in and get this information here from me, myself on this podcast. So I’ve got three more of these coming your way and then we’re all done with this. I know it’s sad, I feel the same way. So get out there every day, work hard, create systems, systems that are so good that when done 70% as well as you, they can still get the results. And while you’re doing that always remember lead with your heart. 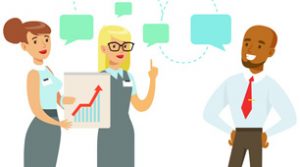 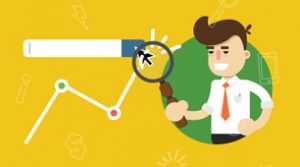